28/03/2022Construction
On March 26, in Hai Duong commune, Hue city, Dat Phuong cooperated with the Investor and contractors to organize the Groundbreaking Ceremony of the Project: the coastal road passes through Thua Thien Hue province and the bridge over Thuan An estuary.

Overview of the groundbreaking ceremony

Speaking at the ceremony, Mr. Le Van Phuong - Chairman of the People's Committee of Thua Thien Hue province emphasized the special significance of the project for the local socio-economic development, ensuring national defense and security and is a strategic route as well as a driving force for the development of the marine economy in the coming time, contributing to changing the urban face and gradually turning Thua Thien Hue into a city directly under the Central Government. Mr. Le Van Phuong also suggested that the Investor, the design consultancy units and the construction contractor consortium must pay special attention to the progress of the project, and at the same time ensure the safe, quality and efficient construction.

In the bidding package, Dat Phuong participated in the construction of a joint venture with Tan Nam Construction Joint Stock Company and 479 Hoa Binh Joint Stock Company with a total contract value of more than 2,000 billion VND. Located on the planned national coastal route, the road section passing through Quang Nam province by Dat Phuong participated in the construction and was also put into use in October 2020.

With imprints in many key projects across the country, Dat Phuong's ability and reputation in the field of infrastructure construction has been recognized by many investors and partners. And at this project, Dat Phuong's leadership and the project's management board are committed to implementing the bidding package with the highest spirit and responsibility, ensuring Safety - Quality - Construction progress.

The coastal road project through Thua Thien Hue, phase 1, is more than 7.7km long, going from Tam Giang bridge to the bridge through Thuan An gate and ending at the intersection of National Highway 49A - Highway 49B in Thuan An town, the project is funded by the Traffic Construction Investment Project Management Board. As part of the central coastal road, the project, after being formed, will bring value for smooth connectivity, facilitate the development of North-South transport and connect to seaports, economic zones and seaports, central key industrial zones. Besides, it also creates favorable conditions to promote the formation of coastal urban areas, serving the local socio-economic development and tourism, improving and raising the living standards of people in coastal communes in particular and Thua Thien Hue province in general. 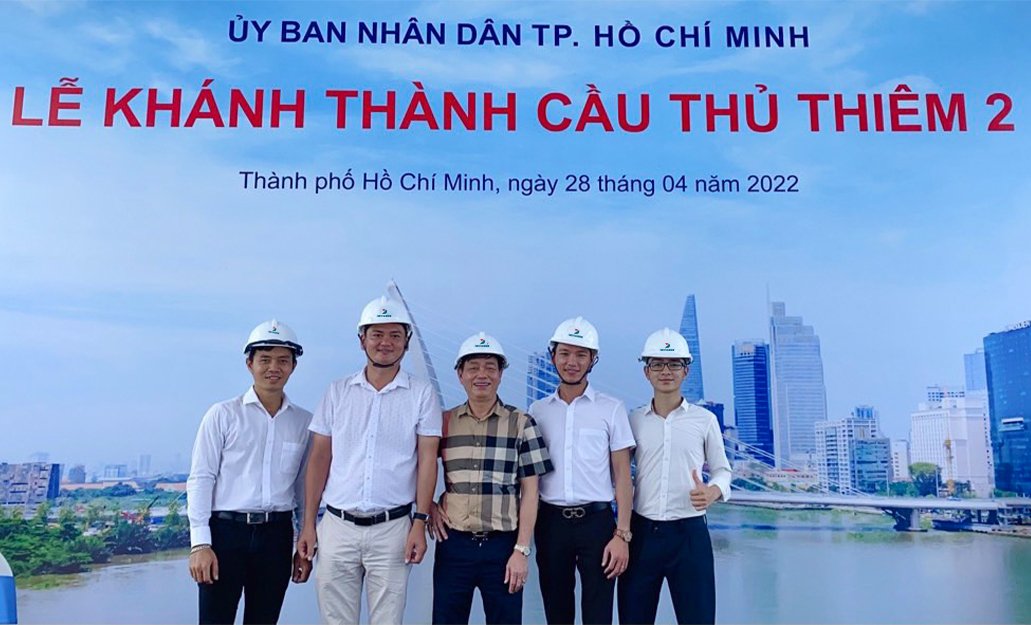