28/04/2022Construction
Thu Thiem 2 bridge is nearly 1.5 km long, 6 lanes, crossing the Saigon River, considered a new symbol of Ho Chi Minh City, after 7 years of implementation, it was completed and opened to traffic on April 28th.

Overview of the inauguration ceremony

Thu Thiem 2 Bridge is designed with a scale of 6 lanes, a total length of 1,465m, started in 2015. The 885m long section of the bridge is designed as a cable-stayed bridge, with the main tower having an architectural shape of a dragon bridge and is 113 m high, leaning towards Thu Thiem.

Speaking at the ceremony, Deputy Prime Minister Le Minh Khai assessed that Thu Thiem 2 bridge is an important work, promoting the development of Thu Thiem new urban area and promoting the effectiveness of other projects in the region.

“I acknowledge and appreciate the efforts and determination of the city and the investor, construction contractors in complicated disease conditions, still ensuring the construction progress, so far the work has been completed and put into use,” emphasized the Deputy Prime Minister.

Mr. Phan Van Mai, Chairman of Ho Chi Minh City People's Committee shared that, with beautiful architectural design, the lighting system is being studied to contribute to the beautiful urban landscape of the city on the Saigon River.

"The completed work contributes to the completion of the city's traffic network. The city will continue to give priority to investment in traffic works connecting the region such as Ring 3, National Highway 50, Ho Chi Minh City - Moc Bai expressway...", Mr. Phan Van Mai said.

According to the HCM City Department of Transport, the Thu Thiem 2 bridge project is one of the key traffic works of the city, which is expected by the people and leaders of Ho Chi Minh City.

The completion of Thu Thiem 2 bridge will contribute to reducing the load and traffic jams for Nguyen Huu Canh Street and the Saigon River Tunnel, which are already overloaded; traffic connection between the urban center of Ho Chi Minh City and Thu Thiem New Urban Area.

Not only that, Thu Thiem 2 bridge is considered as a new symbol of the city with artistic lighting design, expected to be an outstanding architectural highlight on the Saigon River day and night when completed.

As one of the main contractors for the construction of the project, with the mind of the Board of Directors, the staff of Dat Phuong Group always strive and try to overcome difficult periods to complete the project on schedule. has been set.

In the field of road and bridge construction, Dat Phuong is one of the leading contractors to execute many projects requiring high technical and technological requirements; marked in a series of key projects across the country. From the inherent achievements, with the love of the profession and high responsibility in work, Dat Phuong continues to affirm the prestige of the business in the market. 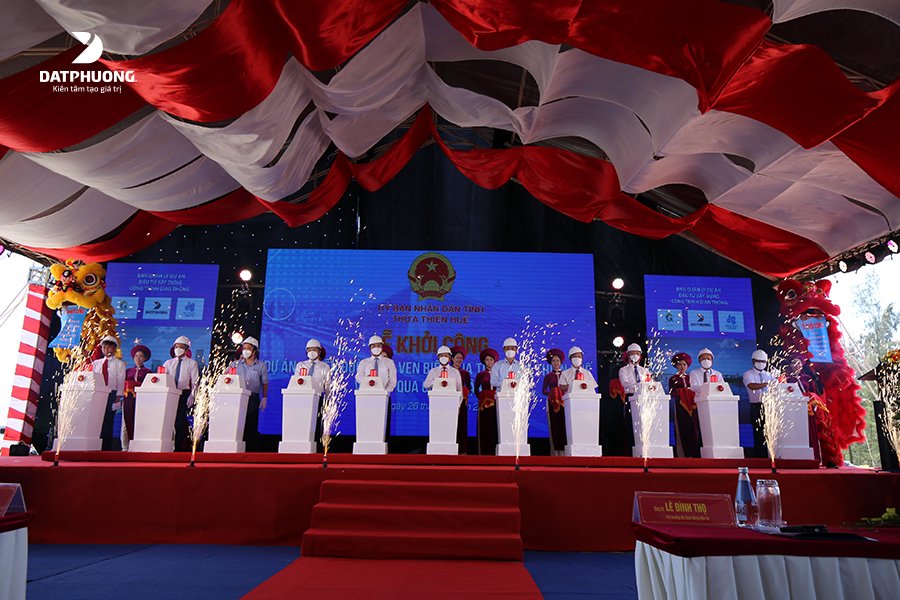